CryptoDredge is a simple, easy to use and a stable crypto mining software designed for modern NVIDIA GPUs. Not only it is stable but it is a high performing miner and moreover it has got support for multiple crypto mining algorithms. The previous version CryptoDredge 0.17.0 added support for Cuckaroo29 algorithm (Grin) and CuckooCycle algorithm (Aeternity) but they were not compatible with NiceHash pool at that time. Now the developers have come up with a new release CryptoDredge v0.18.0 with support for MTP and Cuckaroo29 on NiceHash. Also this version includes a new algorithm called Argon2d, plus there are some minor improvements to the software. So if you are currently using CryptoDredge 0.17.0 or any other older version then be sure to check this new release especially if you are mining MTP, Cuckaroo29 or CuckooCycle. 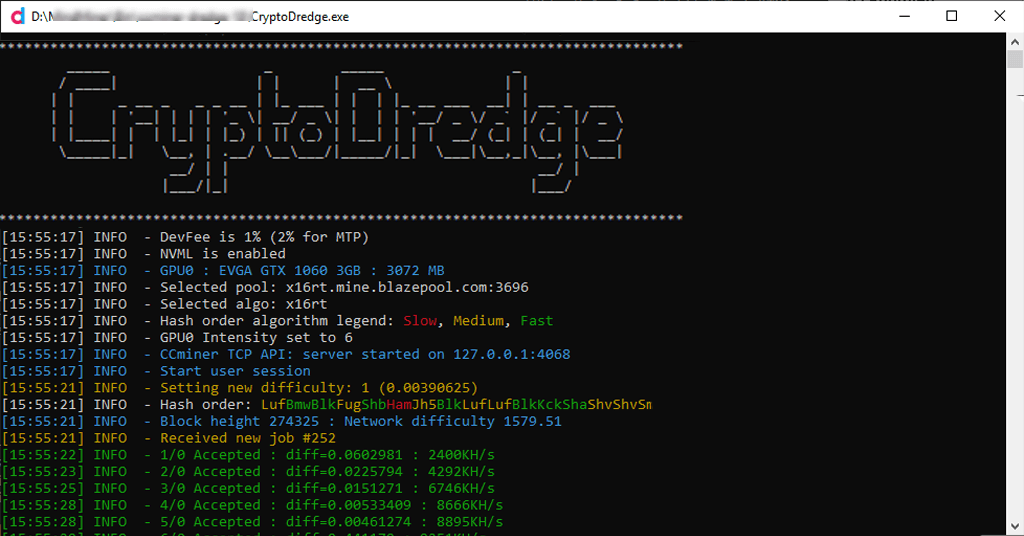 This new release version CryptoDredge 0.18.0 has the following features:

Plus there are few other improvements to the software which you can check in the release notes on the GitHub page.

In each and every new release the developers of CryptoDredge keep adding new algorithms to their software. They’ve mentioned that in the upcoming release they’ll add support for NIM. Also we can soon expect support for vBlake which is a Proof of Work algorithm used by a new project called VeriBlock.

Currently as of version 0.18.0; following are the list of algorithms supported by this miner:

CryptoDredge miner version 0.18.0 supports, CUDA 10, 9.1 and 9.2. Also it is available for Windows as well as Linux. But before you download and use it we’d like to remind you that this miner is a closed source software which contains 1% dev fee (2% for MTP).