Got your shiny new ASIC miner or just setup a new GPU mining rig? You might be looking for a way to convert your hashpower from one unit to another. With this simple hashrate calculator you can convert Hash to KiloHash to MegaHash to GigaHash to TeraHash to PetaHash to ExaHash to ZettaHash and vice versa.

How to use this HashPower calculator? 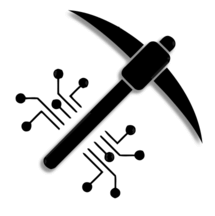 To use this calculator just input your mining hardware hashing power and it will automatically convert to all other units.

For example the current network hashrate of Bitcoin is 140 EH/s (Exa hashes per second). To convert this value in to TeraHash or PetaHash or GigaHash you can use this tool. So why convert?

For instance lets say you have an ASIC miner which is capable of delivering 14 TH/s. You can use the above tool to convert and compare your hash power with the overall network hashrate. Higher the hashrate the quicker you’ll be able to solve a block. You can convert hashrate of the mining pool and compare it with the results shown in block explorer. It is just an example to give a basic idea of this tool.

All these units such as kH/s, Mh/s, GHs and so on are the common terms used in crypto mining operation. It is a speed at which a given mining hardware solves a problem. All these are called Hash rate and is computed as Hashes generated per second (H/s). Hash rate denominations are measured in standard metric prefixes just like how mass, volume, length and time are expressed.

Note: Except the symbol of k in kH/s all other unit is upper-case. The capital K represents Kelvin which is the base unit of temperature in the International System of Units.