If a large number of users utilize a specific mining software then it means that the miner is better than its competitors. We have noticed that on a number of algorithms including x16r and x16s; more number of NVIDIA users are seem to be utilizing T-Rex miner. The developer of the T-Rex miner keep improving the software and every new release has got performance improvements, new functionalities and minor bug fixes. Here is a new update T-Rex 0.8.0 which includes a new algorithm called geek (Geek cash). In addition to that it has got performance upgrade for GTX/RTX cards, a new functionality and some minor bug fixes.

T-Rex is a closed source NVIDIA only GPU miner that contains 1% build in developer fee. This software is available for Windows, Linux and it supports CUDA 10.0, CUDA 9.2 and CUDA 9.1. Also it is a multi algorithm GPU miner which has support for the following algorithms. 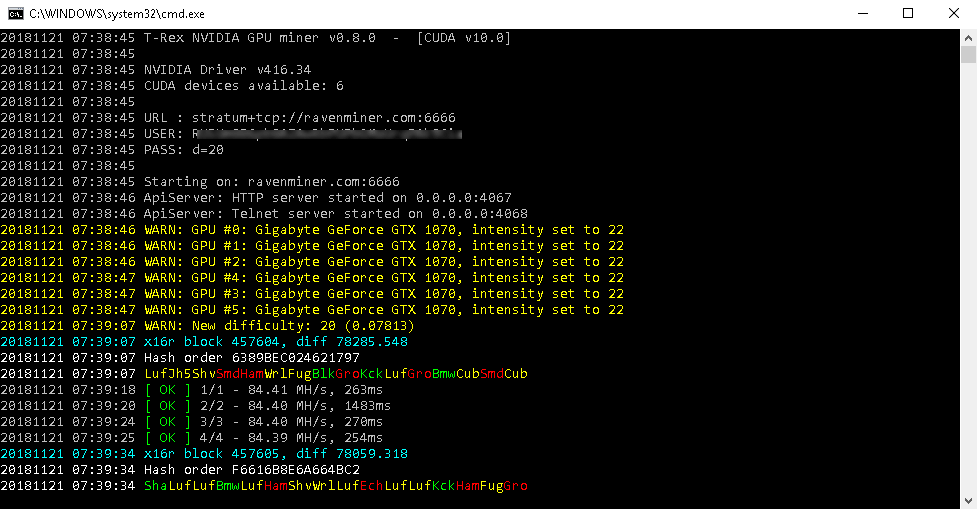 The new version of this miner T-Rex 0.8.0 adds one more algorithm to the list and additionally has the following features:

From version 0.7.3 the binaries of this miner are available on GitHub. But before you download and use it do note that this is a closed source miner containing 1% dev fee. Also for better performance it is recommended that you install the latest NVIDIA drivers.

Here is a latest update: T-Rex 0.8.1 which got 20% performance improvements on X22i (SUQA mining) and some bug fixes.

Usage instructions: Even though this miner is not based on ccminer it works similar to ccminer. If you are looking for a in depth guide on configuring and using the miner then you can refer to this ccminer beginners guide.