Looking for Ethereum alternatives that are compatible with the EVM (Ethereum Virtual Machine)? Discover Ethereum’s most promising competitors and popular alternatives with EVM compatibility. Here in this post we’ve made a list of EVM blockchains. That is the list of all Ethereum based blockchains or Ethereum like networks. Also we’ve explained how to easily connect your Metamask or web3 wallet to any EVM network.

Before we take a look at the list of EVM blockchains lets’ analyze these blockchain contenders that are in competition with Ethereum.

Ethereum remains the standard for smart contracts and blockchain based finance applications. The network is massive, stable, decentralized and it has by far the largest number of user base, developers and DeFi applications.

Even though there is a massive increase in Ethereum’s gas fees; the active number of users, developers and protocols that are being build across the ecosystem only keeps raising. Currently Ethereum holds the highest number of blockchain protocols. 100s of millions of transactions, unique addresses, several thousand DApps are live on ETH, and more than 90% of the tokens are built and are based on Ethereum.

Ethereum’s vision is to become the world’s decentralized computer and to achieve that it has a long road ahead. The main problem is that its current ability to scale. Due to its blockchain design where every individual nodes have to process every single transaction on the network; scalability has been a huge issue for a long period of time.

Thankfully there are other permissionless blockchains that are offering low gas fee and faster transactions. Most of these blockchains are fully open source and are based on Ethereum. They are mostly a code fork of Ethereum that uses a more energy efficient consensus mechanism like decentralized Byzantium Fault Tolerant or PoS instead of Proof of Work.

Many of these Ethereum competitors are basically EVM compatible blockchains which allows users and developers to build future DApps (Decentralized Applications) which are currently hindered on Ethereum blockchain due to the massive cost of gas fees. These networks offer greater speed, higher capacity and lower cost. Also the energy consumption per transaction is significantly lower compared to Ethereum.

EVM compatibility means nothing. They are basically a smart contract platform that can process transactions and other data similar to that of smart contracts on the Ethereum network. Users can use these platforms to build DApps as they do on Ethereum. Not only DApps, but ICOs, NFTs (fungible and non-fungible) and any ERC20 tokens are interchangeable. That is they can be transferred back and forth between any of the EVM networks – Thanks to the cross-chain bridges.

The only difference is that these blockchains offer greater speed and lower transaction costs. They are much faster (can handle several 1000 transactions per second) and the transaction costs are relatively cheaper. Few of these networks even evolve the concept of decentralized finance further by offering a set of unique differentiating features such as: Anonymity – A private transaction mechanism, support of more computer languages than Ethereum etc.

Other than few competitive features, the design, the smart contract functionality and the features that are available on Ethereum are all the same and they can be found on these competitive blockchains:

A familiar block explorer similar to Etherscan, making it easy to understand and use for existing Ethereum users. Features a wide range of stable coins such as USDT, USDC, DAI, BUSD etc. NFTs and the availability of various pegged tokens allowing users to use them on variety of DeFi applications.

All these features combined with low gas transaction fees and faster transaction times found on the EVM-compatible blockchains have attracted a wide user base – Causing a massive surge in mainstream adoption and is one of the major reason for the success of DeFi.

There are many projects that have launched a fully EVM compatible layer one blockchain which is based on a code fork of Ethereum. One good example is Binance Smart Chain network. The main difference is that it uses Proof of Stake consensus mechanism compared to the Proof of Work used in Ethereum.

Then there are fully EVM compatible layer one chain that which is a non-Ethereum fork. For example Telos EVM network.

There are networks that are powered with Delegated Proof-of-Stake (“DPoS”) consensus algorithm. There are Proof-of-Autonomy blockchain (stable chain) which are also compatible with the Ethereum Virtual Machine (example: xDAI Chain). Also there are ones that uses its own virtual machine supporting smart contract functionalities like for example “RSK virtual machine”.

So what basically is an EVM?

What is an Ethereum Virtual Machine (EVM)?

Ethereum’s vision is clear from the day one. That is to become a “world computer” or an “internet computer”. It’s the worlds first programmable blockchain. So how does it accomplish this? The answer lies in the EVM.

EVM also known as Ethereum Virtual Machine. EVM is a computation machine which works like a decentralized computer. It is a powerful, sandboxed, virtual machine that is embedded within each node. Every full Ethereum node runs on the EVM to maintain consensus across the blockchain.

The role of EVM is to execute and deploy smart contract. It is basically responsible for facilitating smart contract functionality where the contracts are usually written in higher level programming languages like Solidity.

Ethereum Virtual Machine is a runtime environment for every smart contract – A Turing complete virtual machine that executes code exactly as intended. EVM has millions of executable projects. It can deploy number of extra functionalities to the blockchain and it is the core of the Ethereum’s entire operating structure.

So basically EVM works like a large decentralized master computer that can complete all types of programmable tasks on the blockchain.

Now that we know enough about EVM lets look at the list of EVM networks or EVM blockchains.

There are more than 100s of EVM blockchains or Ethereum like networks with support for smart contract functionalities. Other than the ones listed here you can also check out chainlist.org for more EVM networks.

So how to connect to these EVM networks?

How to add the EVM networks listed here to Metamask? Its simple. All you need is the appropriate Chain ID and the Network ID of the particular EVM network.

We’ve made a separate guide on connecting to few of these EVM blockchains like for example:

You don’t have to do this manually to each and every networks. There is a tool called Chainlist which you can make use of.

Chainlist is an open source tool that helps users connect to EVM based chains. Here you can find the list of all EVM networks. 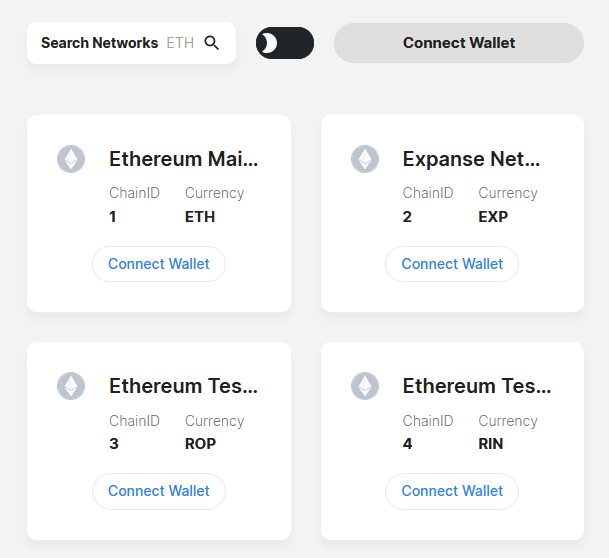 Find the network that you wish to connect to. Then click connect wallet and choose your Metamask account. Once your wallet is connected you can add any EVM network to Metamask with just a click.

Click Add to Metamask, a popup window will open to approve permission to connect to the particular network. Allow Chainlist to add the network to be used within Metamask and you’re done. 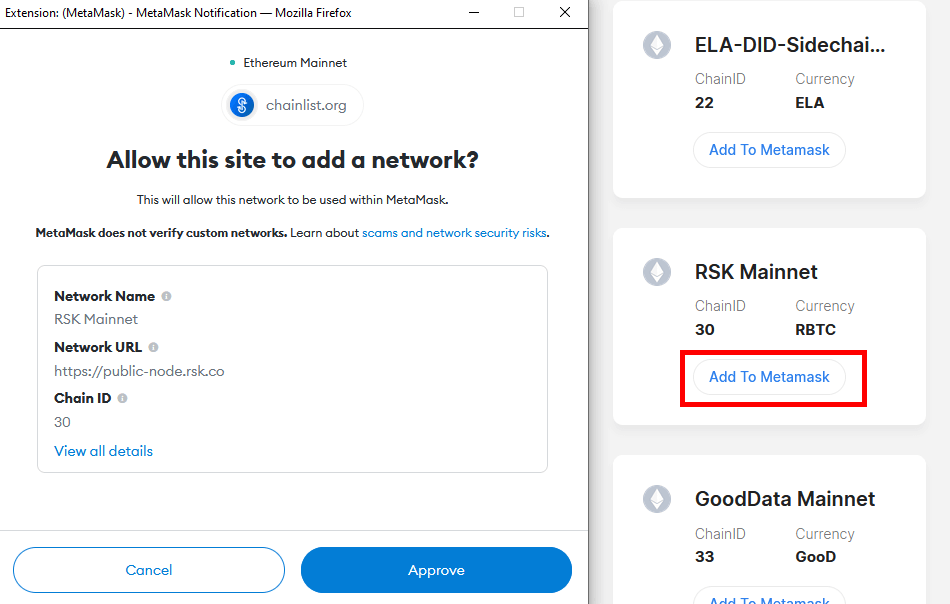 Not only Metamask but using this you can easily connect to any EVM networks using any of the Web3 middleware wallet providers.

Since it is an open source tool anybody can add any EVM network to the list. You’ll find more new EVM networks getting added to the list. Before adding the network; verify the chain details and make sure you are connected to the correct chain. 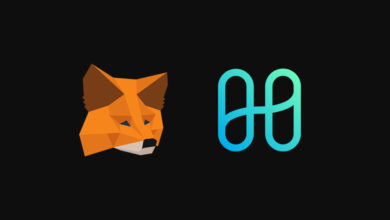 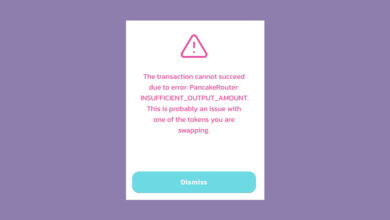 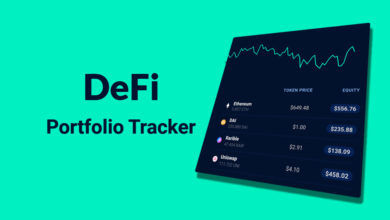 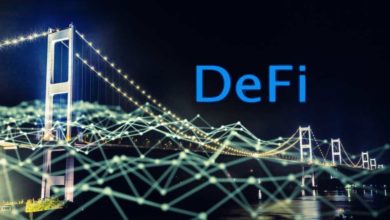