Two miners that are designed for NVIDIA GPUs, that supports a wide range of algorithms and are largely used by NVIDIA miners are Enemy miner and T-Rex Miner. Both are closed source miners, contains 1% dev fee and are not based on ccminer or any other mining software. Both the miners are available for Windows / Linux and both the miners have just released a new version with support for BCD – An algorithm used by Bitcoin Diamond.

Currently mining BCD (Bitcoin Diamond) seems more profitable and since both the miners have just included this algorithm we decided to put together in a single post for your convenience. In addition to new algorithm they both have optimized performance on various other algorithms that they support. Following are the list of algorithms supported by the latest version Enemy and T-Rex miner. 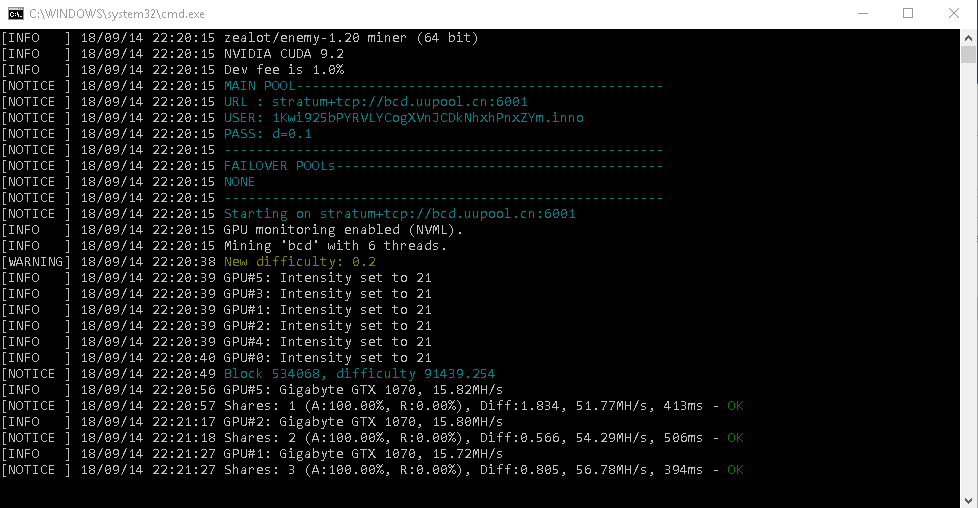 If you are mining Bitcoin Diamond or if you are using previous release then try this new miner Enemy 1.20. But before downloading do keep in mind that this miner is a closed source application. Also to get best performance ensure that you have the latest NVIDIA drivers installed which also applies if you are using T-Rex miner.

Just like enemy the developer of T-Rex miner also constantly updating their miner in order to provide the best experience to its users. T-Rex is also a closed source miner that comes with 1% developer fee. Just how Enemy is best at X16 algorithm, T-Rex is best at Lyra2z. But how about BCD which both the miner just included? Since both are new there is not much comparison done by the community. So if you are interested in mining BCD / Bitcoin Diamond then in addition to Z-Enemy 1.20 also try this latest version T-Rex miner 0.6.5. It features: 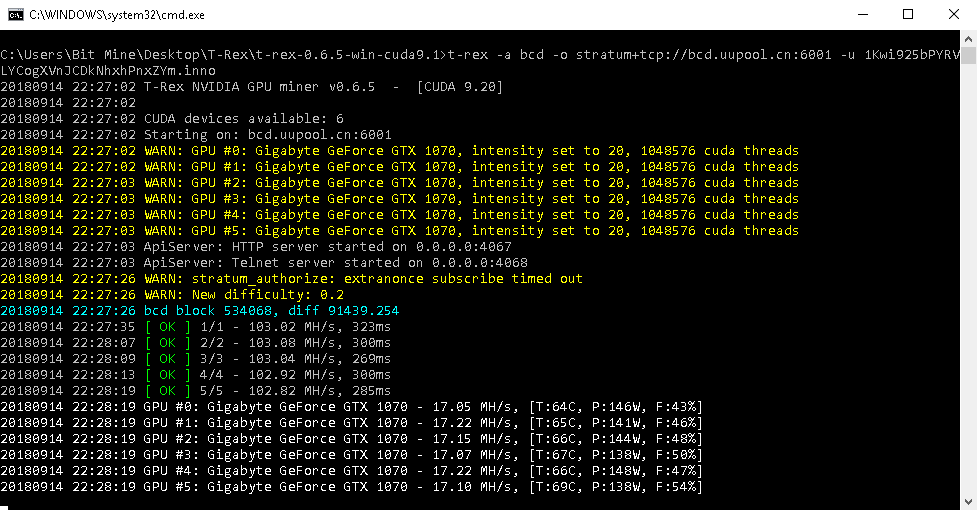 Note: Before using both the miners make sure to install the latest drivers for optimal performance . Also we’d like to let you know that your Windows defender or your Antivirus will remove the application. Just add exclusions and you should be good to go.

Kindly report if the above download links are broken. We’ll update them.