If you are mining Ravencoin then you know that the developers were working on implementing asset layer functionality to the Raven network. According to their roadmap the release of asset capabilities on Ravencoin blockchain is expected by 31st of October. To make sure things go as planned the asset support needs to be tested first before the hard fork happens. For this purpose the Ravencoin asset layer testnet code has been pushed to the master branch. This will help the development team and community to debug, test and review the asset capabilities before the Mainnet launch. This also includes creations of tokens / assets from the Ravencoin wallet. If you like to test this new asset layer features download the latest released wallet and run it in test-net mode.

If you are new then Ravencoin is a digital peer to peer network  and an open source project that was launched on January 3, 2018. It is a fork of Bitcoin that is working on bringing real world assets on to blockchain. Ravencoin Blockchain is optimized specifically for the use case of transferring / issuing tokens from one party to another. It is a decentralized network using X16R Proof of Work algorithm which is ASIC resistant. If you are interested then setup Raven wallet and get started with mining Ravencoin.

If you are planning to tryout the testnet layer then you’ll have to upgrade your wallet to the latest version. The latest release is v2.0.1 and is available for Linux, Windows and OSX.

Or create a batch file called test.bat, input the following command and save the file.

Whenever you wish to run the wallet in testnet mode open this test.bat. Both mainnet and testnet wallet core files are stored separately so you don’t have to worry about test wallet files getting interfered with your main wallet. Okay, what is this testnet all about?

What is a testnet?

Testnet is like a beta version of Ravencoin protocol that runs on a completely separate blockchain. This is to test the asset layer functionalities before it gets introduces to the main blockchain. Remember this is only for testing purposes and any coins / tokens created on this chain will have no value. Once the asset layer on the testnet is proven to be working then it will be shunted to the main net. This activation will occur through the BIP-9 protocol and more information on this can be found here.

To get started with testing; there is faucet available (https://testnet.ravencoin.network/) which will issue 5000 free testnet Ravencoin for every single click. Also there is a fully functional block explorer available for Ravencoin testnet (https://testnet.ravencoin.network/). You can mine blocks and if you ever find out any problems then you can report the issue in GitHub. 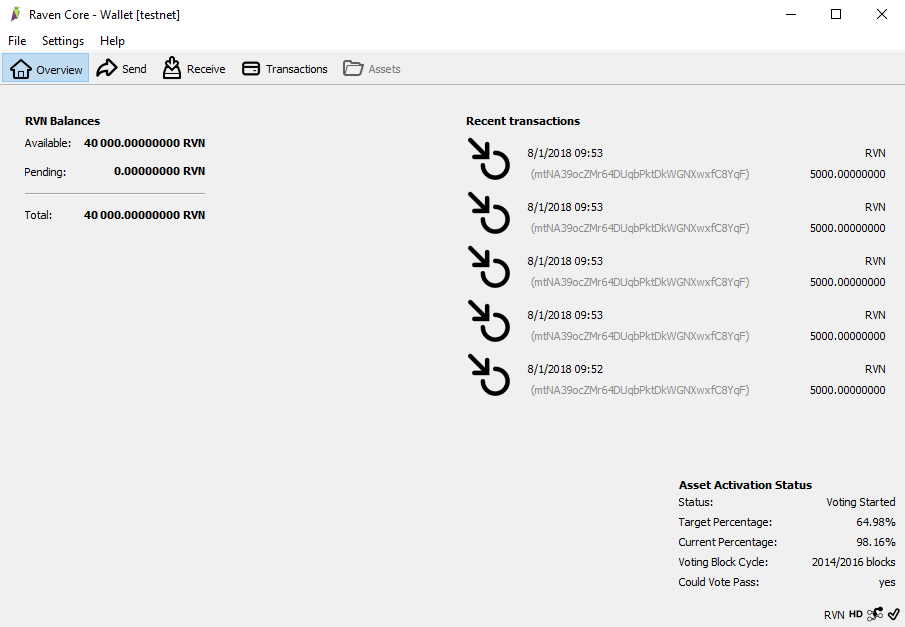 To solo mine using GPU use Nevermore miner and to know how to setup you can make use of this solo mining guide. In addition to this there is a mining pool available for Ravencoin testnet (https://testnet.minermore.com/). Is that it?

In more recent times Ravencoin network has been suffering from difficulty swings caused by profit switching pools. In simple what happens is miners will leave the network when the difficulty rises and everybody jumps back in once the difficulty lowers. These swings are dangerous and might leave the network vulnerable to 51% attacks. Bitcoin and several other Altcoins has previously suffered from this problem. The only way to solve this issue is by making difficulty to adjust every single block instead of every 2016 blocks.

Along with asset layer; developers have planned to implement a difficulty readjustment algorithm called Dark Gravity Wave. Also few of the community members suggested Zawy’s LMWA (Linearly Weighted Moving Average) algorithm instead of DGW. Either of this should solve the problem but the thing is this Diff algo is coming along with the asset layer which is expected to be released on end of October. Until this release there will be huge fluctuations in hashrate and network difficulty.

If you are mining Ravencoin then you might also know Pigeoncoin which is also suffering from the same problem and at block height 111,222 Pigeoncoin is ready to implement LWMA algorithm.

In addition to this there is another latest news and that is Ravencoin is getting listed on Cryptopia exchange on 02/08/2018. The trading pairs that will be available are RVN/BTC, RVN/LTC & RVN/DOGE. So where is the next stop? After October who knows; Raven might get onto larger exchanges like Binance or Poloniex. 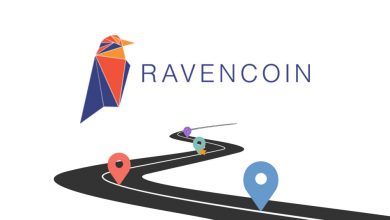