Home / Guides / What does -rescan, -reindex command do & How to rescan / reindex wallet?

Core wallet is quite sensitive and two commands which is used to fix a large number of wallet related issues are - rescan and -reindex.

Are you getting any error when starting your core wallet? Or is your local blockchain database broken / corrupt? This can occur when copying blockchain from one computer to another, when you update wallet incorrectly, or when you shutdown your wallet non-gracefully. Keep restarting application doesn’t help here as it simply gets stuck at wallet loading page or overview screen and it won’t show any further progress. There are also other scenarios in which your cryptocurrency wallet does not display your balance correctly. All these common errors can be fixed safely by manually repairing your wallet.

Whenever your wallet is not syncing or if your balance is not properly shown or whether your wallet is stuck at wrong chain; you’ll be advised to reindex or rescan blockchain files. Beginners often tend to confuse these commands as they both sound similar. Also there are few who reindex and rescan every single time they open their wallet which is not necessary.

Here in this beginners guide we’ll show you how to reindex or rescan your core wallet. But before that lets first see what does rescan and reindex command do. So that you know when to use these commands?

What and when to use Re-scan and Re-index command?

You need to use reindex if your wallet client fails to read blocks or says no block source found. When your wallet is on the wrong chain or if your current blockchain database is corrupt .

Note: Re-scanning, reindexing and downloading additional blocks; all these three operations takes time and consumes disk space and memory resources. Also note that until your wallet has synced past the blocks that contains all your transactions you won’t see your balance.

How to reindex or rescan your wallet?

Rescanning or reindexing your wallet is quite simple. Before we show you how it is done it is essential that you first make a backup of your wallet file which is wallet.dat. To know more about wallet backup we suggest you to refer this guide which explains how to backup your wallet and how to export private keys.

Alright! Now let’s see how to start your wallet with -rescan and -reindex command.

To make things easier in most wallet this option is build in. Open your wallet, navigate to tools >> repair wallet and you’ll find all the wallet repair options. Click rescan to rescan your blockchain files and click rebuild index to reindex the blockchain files. 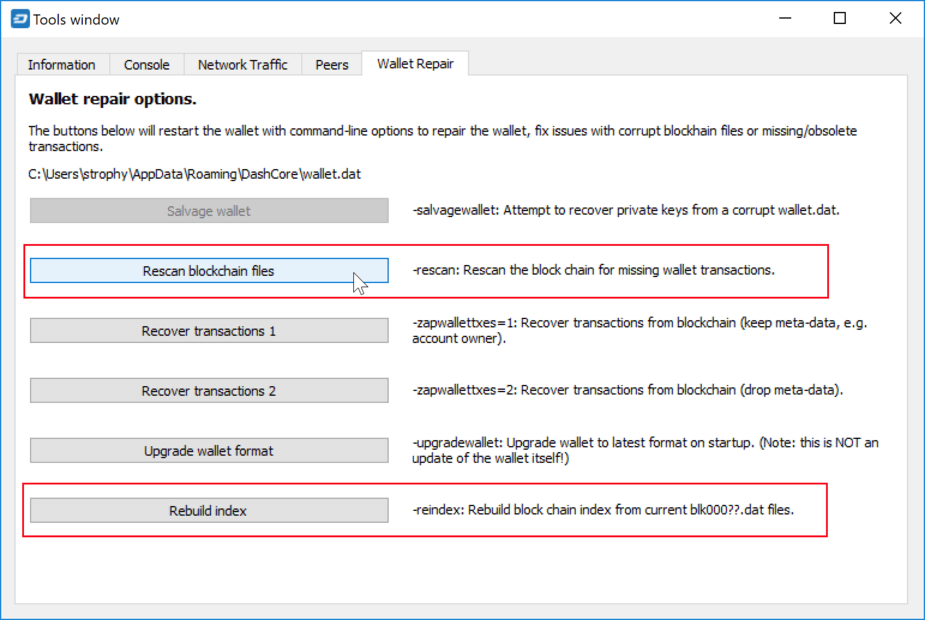 Both the operation restarts the wallet application and fixes the issue. In case if you do not find this option within your wallet then follow the steps below.

By default it should be something like this: "C:\Program Files (x86)\Bitcoin\bitcoin-qt.exe" 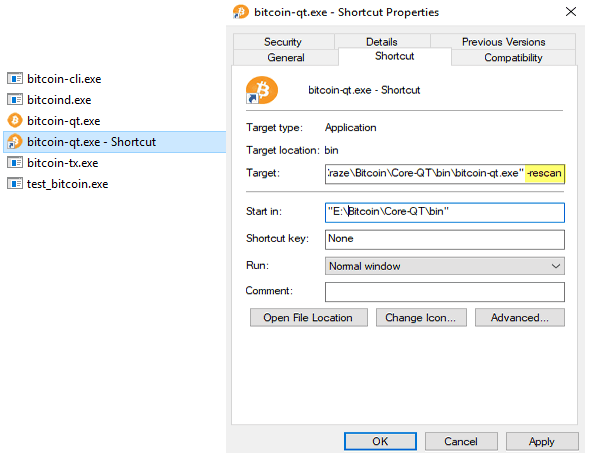 Mac: Run terminal application, go to your wallet folder and drag the wallet file to the terminal. Then type -rescan or -reindex and hit enter.

Linux: Use command line and navigate to your wallet folder. If your wallet is open then first stop it (./wallet-cli stop ). Then restart the daemon using the necessary command.

Hope it helps. If your wallet still returns any specific error then do let us know in the comments section. 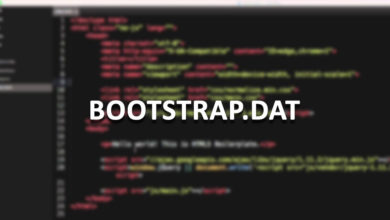 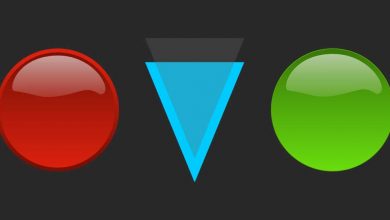 Verge electrum wallet not connected – Disconnected from the server (Fixed) 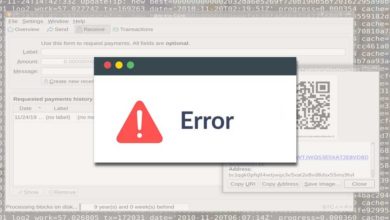 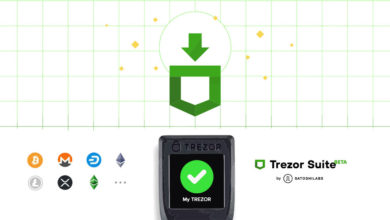