As of version Enemy 1.18 this CUDA accelerated miner supports about 17 algorithms. You can check all of its supported algorithms here. Among them this miner is known to perform better on X16R, X16S, HEX and few others algos. Also from the previous release z-enemy 1.17; this miner no longer uses memory clock which slightly cuts power draw while maintain its performance. Along with this feature the same version also had major performance improvements on all of its supported algorithms except Xevan.

Now this new updated miner Enemy version 1.18 has fixed reduced hashrate issue on Xevan. In addition to this it also has minor improvements on few other algorithms as well. 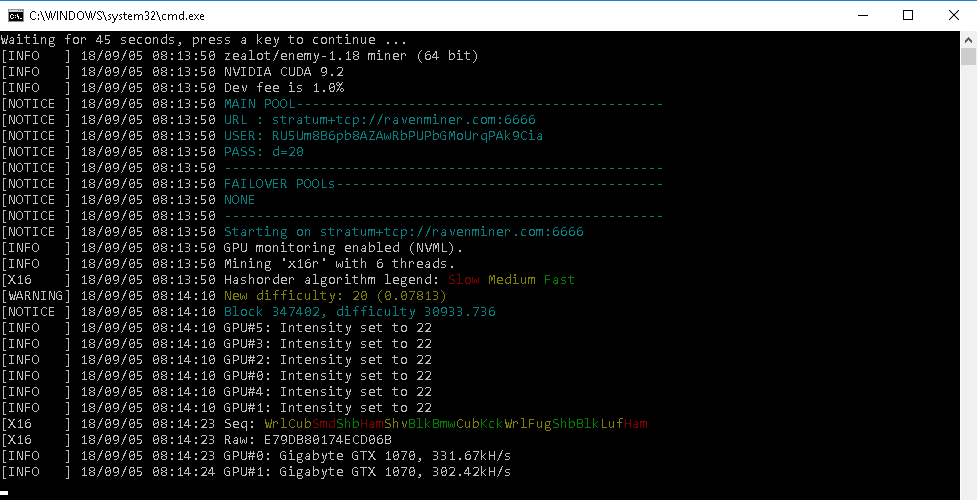 Enemy is an optimized NVIDIA GPU mining software which is available for Windows and Linux. The developers have just released a new updated version of this miner which has some bug fixes and improvements. It features:

So if you are using previous version of this miner especially for mining XDNA or Ravencoin then give this new version 1.18 a try and see how it compares to previous release. Also for maximum performance it is recommended that you have the latest version NVIDIA drivers which you can download it from here.

Now before downloading keep in mind that this is a closed source miner which has a build in developer fee of 1%. 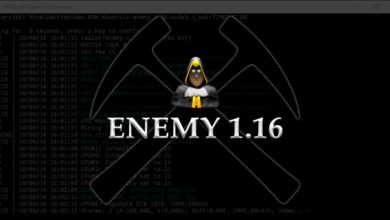 Z-Enemy 1.16 – Performance improvements on HEX, X16R/S and few other algos