Opening your Bitcoin core wallet after a long time? Then most probably you’ll see this warning message in your wallet: “Warning: unknown new rules activated” or “Unknown block versions being mined!”.

Recently one of our users asked us what this warning is all about?

After a month or so they’ve opened their Bitcoin core wallet back up. While the wallet was syncing they noticed a warning message similar to the one below.

Warning: Unknown block versions being mined! It's possible unknown rules are in effect.

So they waited for the client to fully sync. But even after catching up with all the new blocks the wallet still displayed the following error message in an orange banner at the top of the wallet. 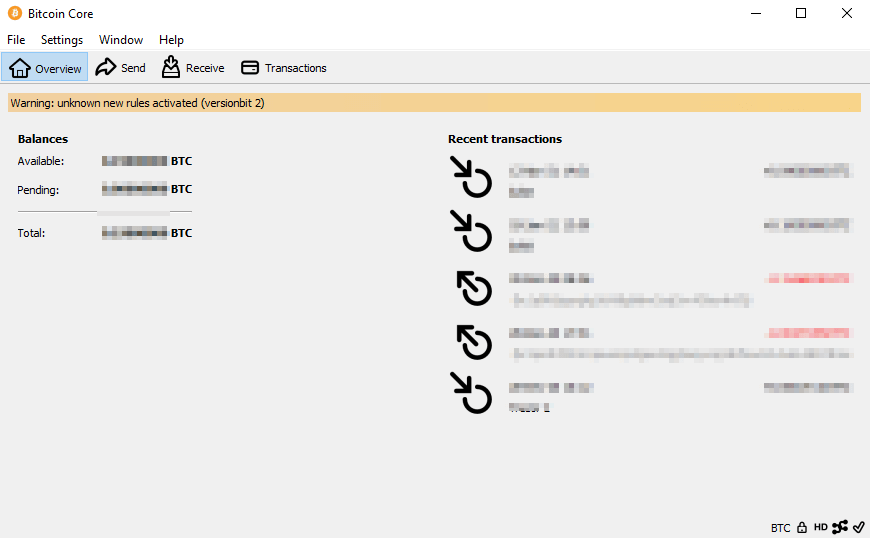 Are you getting such message in your Bitcoin core? If so then should you be concerned about this warning or is it safe to ignore? Here, this is a quick informative post for those who are using Bitcoin core.

Bitcoin core only shows the warning message and does not provide any additional information on what this warning is all about and why is it showing up. You can even check your wallet’s debug.log file. You won’t find any info.

But there are some scenarios where this message won’t disappear and you won’t be able to send coins from your wallet. Sometimes even your receiving addresses and previous transactions won’t show up. It could get annoying. But not to worry, its not going to break anything. As long as you have the wallet.dat file back up secured your coins are safe.

The reason why you cannot send coins is because your wallet could not fetch info from the current network. It might be synced to the wrong chain.

Bitcoin core is going through lots of improvements. Developers are working on making the wallet secure and faster. If you haven’t updated your wallet in a long time then its time to upgrade your wallet to the latest version.

Download the new wallet from Bitcoin.org. As of writing this article the current version of Bitcoin core is 0.21.1. This version supports Taproot.

Before installing / upgrading make sure to verify release signatures to ensure there is no man in the middle of your download.

It’s easy to update and you don’t need to download the entire blockchain again. Follow this guide to safely update your Bitcoin core wallet.

Even after updating to the latest version Bitcoin core and fully syncing if the warning still shows up then just ignore it. As we said its nothing dangerous and nothing will happen to your coins. This warning will disappear eventually.

Anyways, let’s understand when this warning shows up and what it means.

There are two alerts in Bitcoin core implementation:

You’ll see this message when there is an unknown softfork bit activate. Unknown rules activated is a warning that indicates that there are some new features which will be soon activated on the network. It only happens after the official consensus on the network is reached and actual forking takes place. Once the BIP (Bitcoin Improvement Proposal) vote happens and the network upgrades the message should go away.

This is not something new. Miners have been using the version field of the blocks’ headers as an extra nonce. The version field is used to signal and deploy a soft fork. We’ve seen similar warnings in the past on previous upgrades with different version bits such as versionbit 25 and versionbit 1. Versionbit 1 signaled for SegWit and the current versionbit 2 is signaling for Taproot activation.

Soft forks on the network uses versionbits signaling method to coordinate lock in and activation. If you are getting “Warning: unknown rules activated (versionbit 2)” then your version of Bitcoin core does not have the rules for the latest Taproot softfork which got recently locked in. The client is able to detect the signaling that miners could be voting for activating a softfork but is unaware what they are signaling for and what the change is about.

This warning appears when at any stage 50 of the last 100 blocks have unexpected bits set. It occurs when the recent blocks signal for an unknown versionbit to Bitcoin core. It simply means some miners have mined blocks with a version number that is unknown to Bitcoin Core.

Generally miners can signal support for non-existent version bits deployments. When they do, this warning pops up.

You can read more about “Unknown block versions being mined” warning here: https://github.com/bitcoin/bitcoin/pull/15471

Other than this the warning can also appear when miners aren’t signaling for anything and there is no soft fork happening. In such case the warning is triggered when blocks are being produced with unexpected version numbers. Simply the miners are using overt ASICBoost which alters the versionbit to one that is non standard.

In both the cases the Bitcoin core client will automatically display this warning. But as we said it is not that big of a concern. You can ignore it safely and the message will disappear once the network upgrade takes effect.

Even though the warning is harmless and is something that occurs regularly it causes panic among beginners. If you are new to Bitcoin and starting with Bitcoin core then here is something that you need to know.

If you are going to run Bitcoin core then you need to get into the habit of upgrading the wallet client often. It is not a browser or OS that you can use it for years without updating. Bitcoin core software is in beta and is constantly being improved. Whenever there is a new release you need to keep the client updated so that it can properly connect and interact with the rest of the network.

Today you’ll see a warning message. Tomorrow you’ll have trouble syncing your wallet. Or your files might get corrupt and it could display no block source found error. You need to know how to tackle all those issues.

To keep things working properly you need to keep updated and if you don’t like the way core wallet functions then use Electrum and other light weight Bitcoin wallets. They will make things easier. For more secure storage solution we recommend hardware wallets such as Ledger and Trezor. 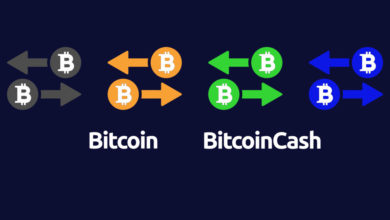 What happens if you send Bitcoin to Bitcoin cash address or vice versa? 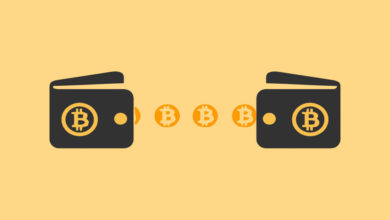 How to send exact amount of BTC to the recipient including fees? 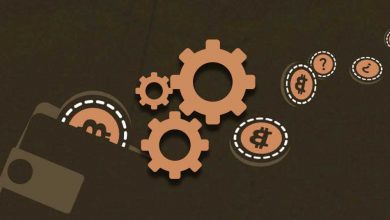 How to create a .conf file for your wallet? – Wallet configuration file 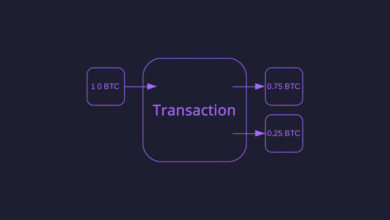 BTC transaction: 1 input, 2 outputs – Why 2 outputs when sent to 1 address?