There used to be two types of users who worried a lot about CPU temperatures. One is Gamers and over clockers and the other one is laptop owners. We’ll add third type users to this list as Miners (Crypto Miners).

Wait! Do still people mine Bitcoins using CPU in 2021? Not Bitcoins but there are some Altcoins which can be mined using CPU. Also people who use NiceHash Cryptocurrency cloud mining marketplace sell their CPU power and earn some fair amount. There are several applications to monitor GPU temperature but how do you monitor CPU temperature. Here this article is about monitoring your CPU temperature in Windows computer while mining crypto currencies.

How to monitor CPU temperature while mining

It is very important that you monitor your CPU temperatures; especially when gaming and while mining crypto currencies. Crypto mining is an intensive process and during mining your computer tend to consume more power which causes your CPU to overheat. It is a fact that excessive heating kills your hardware resulting in frequent crashes. Also by failing to monitor and control these excessive temperatures you may possibly end up damaging your CPU in the long run.

High end GPUs these days are more power efficient. They are capable of  mining and producing better hashrates while maintaining low temperatures. However that’s not the case with CPUs. Moreover GPUs have 2 to 3 fans with heat sinks versus the stock fan which you have for your CPU. For GPU 90°C is said to be high temperature but for CPU it is 70°C. For long term stability and to be on safer side you must keep the CPU temperature below 70°C.

Consider all the factors and take the following precautions today. If you treat your hardware well then it is going to last for a while.

For basic CPU temperature monitoring we suggest you to use Core Temp. It is a light weight yet powerful application that monitors your CPU core temperatures. One of the unique features of Core Temp application is that it monitors and displays temperature of each individual cores of your CPU. 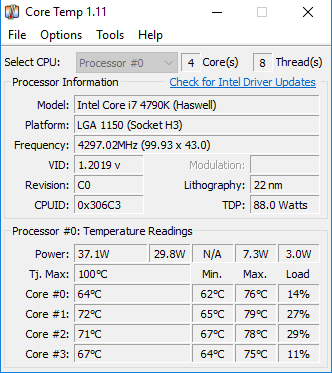 When you run Core Temp it will display bunch of information about your CPU. It displays your CPU model, number of cores, number of threads, platform, frequency and TDP (Thermal design power). Along with that it displays power consumption in watt and temperature of each core in Celsius. You must take note on the Tj. Max value in core temp which is the highest temperature in Celsius your CPU has been rated by the manufacturer.

If any of the core temperature is close to that then it is considered as overheating and you must try to lower it. Minimize the Core Temp app and a series of numbers will appear on your system tray which is CPU Core temperature of each cores. 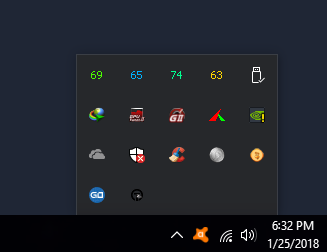 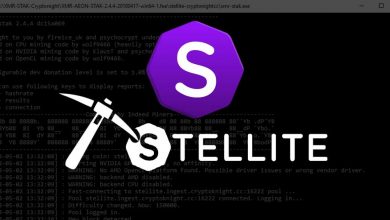 Interplanetary Broadcast Coin – IPBC Coin: Wallet Setup and How to Mine 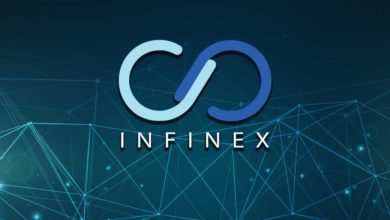 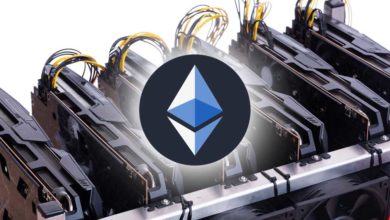