Every week we explain about a PoW algorithm and share the list of coins powered by that specific algorithm. It helps miners to do research and choose the right coin to mine based on their hardware. Now if you own Antminer X3 or any other CryptoNight miners and are looking for cryptocurrencies based on standard CryptoNight algorithm then this post is for you. But before we see about CryptoNight here is a quick note on CryptoNote that originally developed this algorithm.

CryptoNote is an open source technology and an application layer protocol. This technology is what powers many decentralized privacy based cryptocurrencies. Some of the popular coins that are based on this technology are Monero, Bytecoin, AEON, Electroneum and SumoKoin. Apart from these there are 100s of cryptocurrencies currently using this framework. CryptoNote aims to solve problems outlined in Bitcoin and all coins based on this technology have one thing in common. They are secure, private, untraceable and fungible.

Unlike Bitcoin, the transactions of CryptoNote coins cannot be inspected or followed through the Blockchain. You cannot reveal the origin, destination, or the actual amount used in a transaction. Apart from providing true anonymity, untraceable payments and unlinkable transactions; CryptoNote coins are known to provide fair and egalitarian mining. The hashing algorithm which CryptoNote employs is called CryptoNight (default PoW hash function of CryptoNote). It is designed to be suitable for mining using ordinary PC CPU’s and GPUs. But this is not the case anymore as there are many special purpose devices available for mining CryptoNight algorithm. So what is CryptoNight and what are the coins based on this algorithm (Original / ASIC)?

CryptoNight is a Proof of Work hashing algorithm designed to accommodate CPU and GPU mining while at the same time resisting ASICs (Application Specific Integrated Circuits). This algorithm was originally implemented  in the CryptoNote protocol and it was basically designed to be inefficiently computable on FPGA / ASIC architectures. It is a memory hard hashing algorithm and it runs in a semi random function. The main aspect of CryptoNight algorithm is to provide egalitarian terms for all users mining it. This way it keeps the mining distributed rather than almost centralized. Other benefits of CryptoNight includes fast, stable, secure and less heating of the processors and graphic cards compared to other mining algorithms.

The CryptoNight algorithm relies on Random Access Memory (RAM). It functions by requiring access to memory and this is the reason for the increased dependency on latency. Before each new block is added to the network, all previous blocks are considered. Also this algorithm demands about 2 MB per instance which is the minimum L3 cache size of most modern processors. This algorithm works in such a way that it allocates large block of data to RAM with an unpredictable sequence in it. Now ASICs are proven to be inadequate as they are limited by the number of calculations they can perform since they do not have the memory functions build into them. This is to the disadvantage of GPUs and CPUs as they have memory functions build in and they are capable of running hundreds of concurrent instances.

For more technical details on CryptoNight take a look at the below link which explains scratch pad initialization, memory hard loop and other technical aspects.

Cryptocurrencies such as Monero, Bytecoin, Electroneum forked CryptoNote and chose CryptoNight as their Proof of Work algorithm due to the fact that it allows more egalitarian mining. It is designed to resist ASIC and make CPU and GPU mining equally efficient. This alone made the coin accessible to everyone and moreover it was easy for beginners to use.

Back then CryptoNight was only mineable using CPUs. Later GPUs arrived but CPUs still performed well. But that was only until ASICs appeared. Currently there are many specialized hardware devices available for mining CryptoNight algorithm and its coins. It is proven to be most efficient and due to this mining this algorithm using CPUs or GPUs are no longer feasible. Alright! But what about coins that chose this algorithm?

Monero, one of the top cryptocurrency that promised to remain CPU and GPU friendly forked right after the appearance of ASICs. Not just once but to further solidify ASIC resistance they keep upgrading the network every 6 months. For example on October 2018, Monero forked to implement CryptoNight v8 and on March 2019, they implemented CryptoNight R. This is a modified version of original CryptoNight algorithm and it doesn’t allow ASIC mining. Not only Monero but most of the CryptoNote coins used Monero’s PoW algorithm in opposition to ASICs. In addition to that many other coins implemented a unique version of CryptoNight algorithm to allow CPU and GPU miners.

But on the other hand Bytecoin, Electroneum and few others stayed on CryptoNight original (standard CryptoNight) supporting ASIC mining. Also few coins namely Monero Original, Monero Classic forked Monero (XMR) specifically for this reason. Why and what is the reason for these coins to stay on original CryptoNight algorithm?  1. Providing support for ASIC is the only way for people to get the money back from the investment they made on Antminer X3 and other CryptoNight ASICs. 2. Incompetence. For example Electroneum (ETN) whose original campaign is to be able to mine on mobile. But they failed miserably. Following the badly implemented fork to CryptoNight v7 they changed the PoW back to Original CryptoNight algorithm.

Alright! Let’s now take a look at the list of coins based on CryptoNight.

There are more than 100s of Cryptocurrencies based on this algorithm. Many of them are abandoned or almost dead now. Other coins that seem to be slightly active are simply a fork and have no real value. So listing those coins are completely useless. Here we’ll only list coins that are active and have a reasonable amount of trading volume.

Note: The following currencies are based on standard CryptoNight which is only mineable using ASIC. If you are looking for coins to mine using GPU or CPU then this list is not for you. 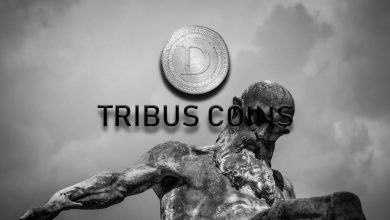 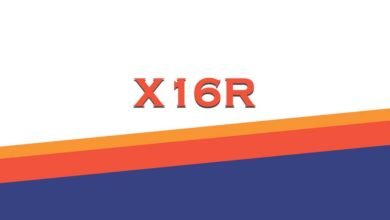 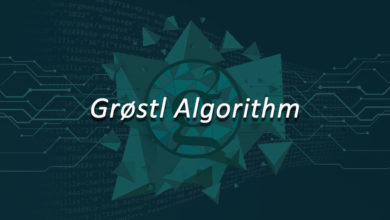