Just like us, were you too using Zcash4win wallet to store your Zcash funds. If so then it’s time for you to upgrade to new Windows ZEC wallet client called WinZEC. Yes, Zcash4win and Zcash4mac are no more, it’s now WinZEC for Windows and Zcash for MacOS by kozyilmaz. Here in this guide we’ll show you how to safely transfer all your Zcash4win transactions to WinZEC? How to backup your wallet? How to export / import private keys? and lastly how to move the Zcash wallet and blockchain files from C to another directory.

Zcash is a decentralized privacy crypto currency. It provides features like anonymous transactions which is protected by zero knowledge proofs. Zcash is more popular and we know there is not much of introduction needed to be given. However we’d like to address one thing in particular and that is “wallet“.

There is no official GUI wallet available for Zcash. Only third party and community developed wallets can be found. You can find the complete wallet list here. Seriously we don’t understand why Zcash has no official Windows wallet client still. New users will really have a bad experience and they will process FUD in using such unofficial wallet. We hope the developers take action and develop official ZEC wallets for Windows and Mac.

Note on Ledger and Trezar wallets: While hardware wallets like Ledger and Trezar are more secure they do not have private address support. They only support Zcash Transparent Addresses. If you want to have Zcash wallet client that runs full network node and even supports Private address then your only option is to have desktop wallet. Official Linux wallet can be found here. Zcash Mac wallet client can be downloaded from here and for Windows its WinZEC which is what we are going to discuss now.

For beginners we thought of making a guide on Zcash4win and while searching we couldn’t find the download link on GitHub. After digging through several forums and tweets we found out that Zcash4win has been replaced with WinZEC – A new unofficial Zcash wallet client for Windows. WinZEC wallet was announced on mid of March and got released this April. 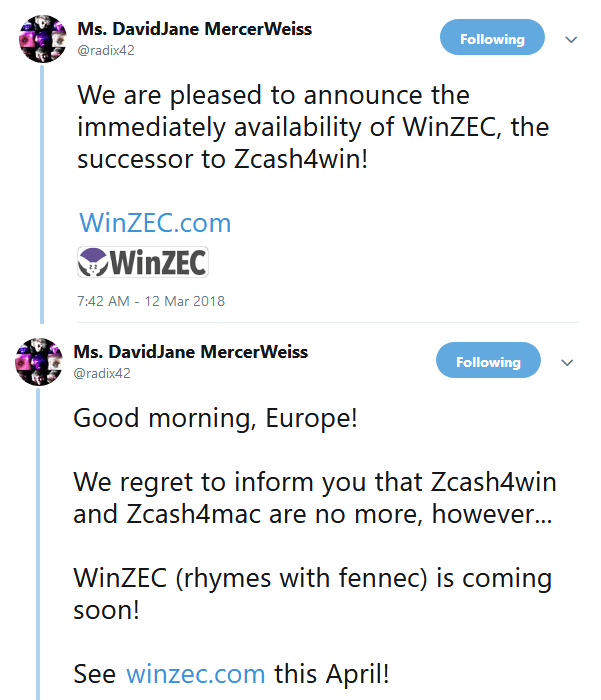 This new WinZEC wallet is from same developer (Mercer Weiss Consulting ) who previously developed Zcash4win and Zcash4mac. So when the community asked why a new wallet? This is the response from the developer. The code base of Zcash4win is old and too icky to continue updating so for future maintainability and support we released this WinZEC wallet. Below are few other questions and answers that relates to Zcash4win and WinZEC wallet.

While Zcash4win wallet is open source the developer is not interested in distributing it anymore and so they removed all the files from GitHub. If you know someone who has the Zcash4win setup file then it should work fine.

With new WinZEC wallet is it safe to use Zcash4win still?

The wallet is safe to use, it will sync with the blockchain and show all your recent transactions. There is no issue in using Zcash4win, however there won’t be any more updates going further. It is recommended that you soon update to WinZEC.

Can I retrieve Transparent and Private Zcash Address funds from my Zcash4win wallet to WinZEC wallet?

Sure, the process to transfer funds from Zcash4win to WinZEC is very simple. In this guide we’ll show you how it’s done.

Is there wallet encrypt feature in WinZEC?

No, however there is other workaround in which you can encrypt your wallet.dat file.

Before getting into this guide further we’d like to point out few things that we noticed about WinZEC.

Note: WinZEC Github repository is empty, there is no binaries or source code available. Many users fear that this wallet may contain a backdoor to access your funds. Moreover there is no wallet encryption feature yet. So before you upgrade to this wallet be informed about this. We’ll show you all the safety measures to be taken, however we are strictly not responsible if you lose your funds from WinZEC.

You can’t install WinZEC when Zcash4win is already installed. If you do so then you’ll get this alert message from Windows. “Another version of this product is already installed. Installation of this version cannot continue. To configure or remove existing version of this product, use Add/remove programs on the control panel.” You’ll need to uninstall Zcash4win first only then you can proceed with WinZEC installation. 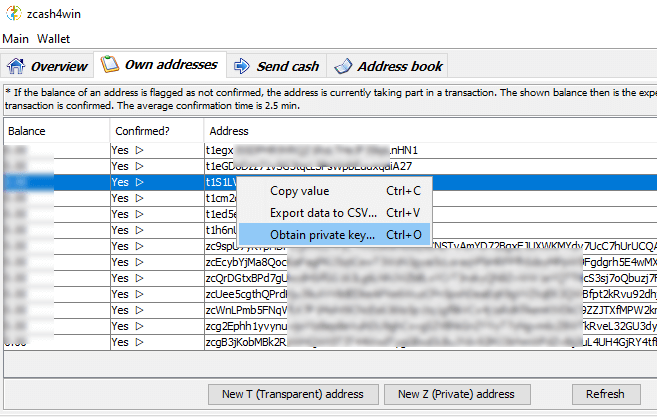 This step is highly recommended; just in case if anything happens you still have your wallet backup and private keys. 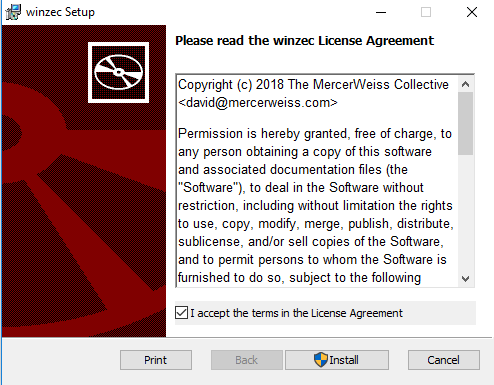 That’s it! the process in upgrading wallet is very simple. Everything should now be fine, your balance should be up to date and synchronizing. Also there is no need to restart your computer. WinZEC client will transfer your ZEC funds and all your transactions from Zcash4win wallet to WinZEC wallet. 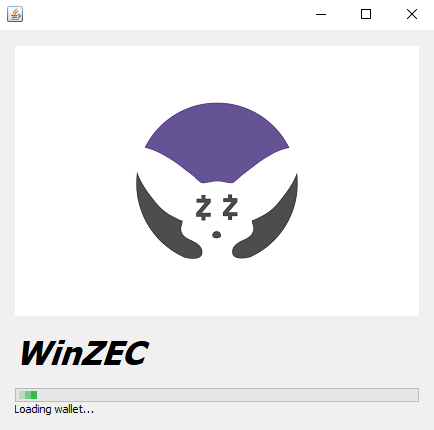 How can I change the location of WinZEC or Zcash4win wallet and blockchain files datadir?

One main drawback of core wallet is that it downloads the whole blockchain to your local machine. Zcash being a popular project its blockchain file size is huge, it’s almost close to 15 GB. Also by default Zcash4win or WinZEC stores these core files in C:\Users<>\AppData\Roaming\Zcash. If you want all of that stuff such as blockchain data, wallet.dat and other core files to be stored in a different place then here is how it’s done. Make sure your wallet is closed first.

Step 1: Go to C:\Users\AppData\Roaming and you’ll find two folders namely Zcash and ZcashParams. Within ZcashParams folder you’ll see files such as sprout-proving.key and sprout-verifying.key. These key files cannot be moved. However the main blockchain and wallet files that you see in Zcash folder can be moved completely.

Step 2: Open Zcash folder and except zcash.conf move all other core files to any directory where you have enough space to store. You can even move these files to external hard disk. 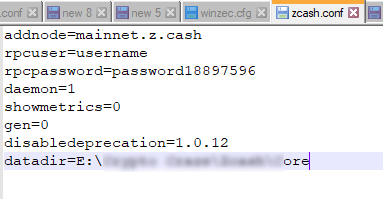 Make sure you specify the blockchain path correctly. When you are sure then save the config file and open your wallet, it will call all core files from the directory you mentioned in config file. Hope this helps.

For more information we suggest you to read this article on Bitcoin QT wallet where we explained about everything in and out.

There is no option to enter private keys in GUI directly, instead you’ll have to use file import method. Also remember that “Private key import is potentially slow operation. It may take several minutes during which the GUI will be non-responsive. The data to import must be in the format used by the option: “Export Private Keys..” 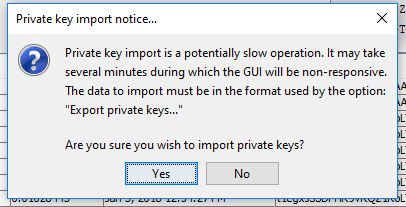 To import private keys first we’ll need to create a file with all public and private keys. Once done we can perform the import.

The wallet will start freezing, just leave it for a while and it will complete the import process. Once done you should receive the success message saying “wallet private keys has been successfully imported”.

How to encrypt this wallet?

There is no build in security feature like wallet encryption in Zcash4win or WinZEC. If someone can access your computer then they can easily steal all your funds so it is highly recommended that your wallet stays encrypted. Even though there is no option to encrypt from GUI there is another workaround which you may find useful. 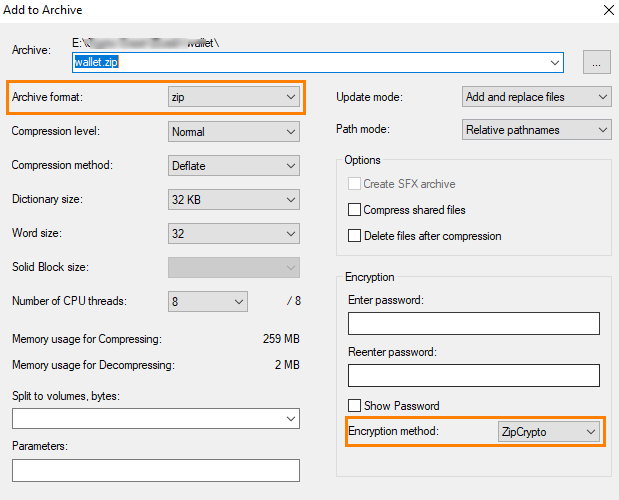 Zcash4win is active, accessible and you can use it still. However in upcoming months the support will be dropped completely. So it is advised that you soon transfer all your ZEC funds to WinZEC or other Zcash supported wallets. We hope the above guide will be helpful, if so then please do share it. Also if you have any questions regarding WinZEC wallet such as taking wallet backup, importing private keys, encrypting or moving blockchain files then please feel free to comment it. We’ll be happy to help! 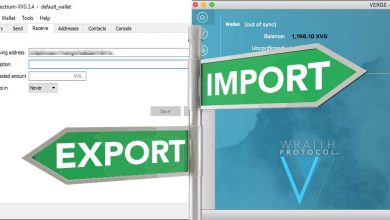 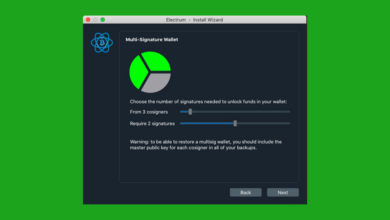 How to setup and use Electrum MultiSig Wallet [Beginners Guide] 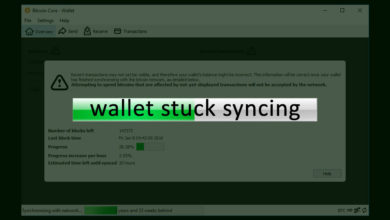 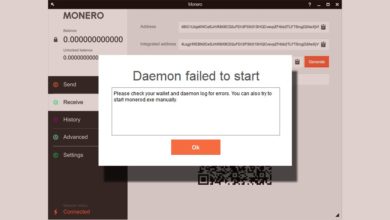 Monero wallet: “Daemon failed to start” error – What is it & how to fix?