Home / Knowledge Base / What is Block Height in cryptocurrency? Blockchain height explained

How many times have you come across this occurrence where the developer of a coin tells you to update wallets before specific block height? Whether there is a minor update or there is a hard fork about to happen in the network; the developer first announces the block height at which the implementation will take place. If you are new you might be wondering  what is block height and why it matters? In short block height is a numeric reference given to a block and all blocks in blockchain are addressed by their block height. Before we explain this in detail lets first see what are blocks.

One of the rules in Bitcoin blockchain is that the blocks are created at 10 minute intervals. All transactions that are relayed to the network are first submitted to the mempool. Miners pick bunch of transaction from this pool, put it in a block and try to solve a complicated mathematical puzzle. Whoever solves it first will have their block included in the blockchain. Then miners worldwide compete to solve the next block. 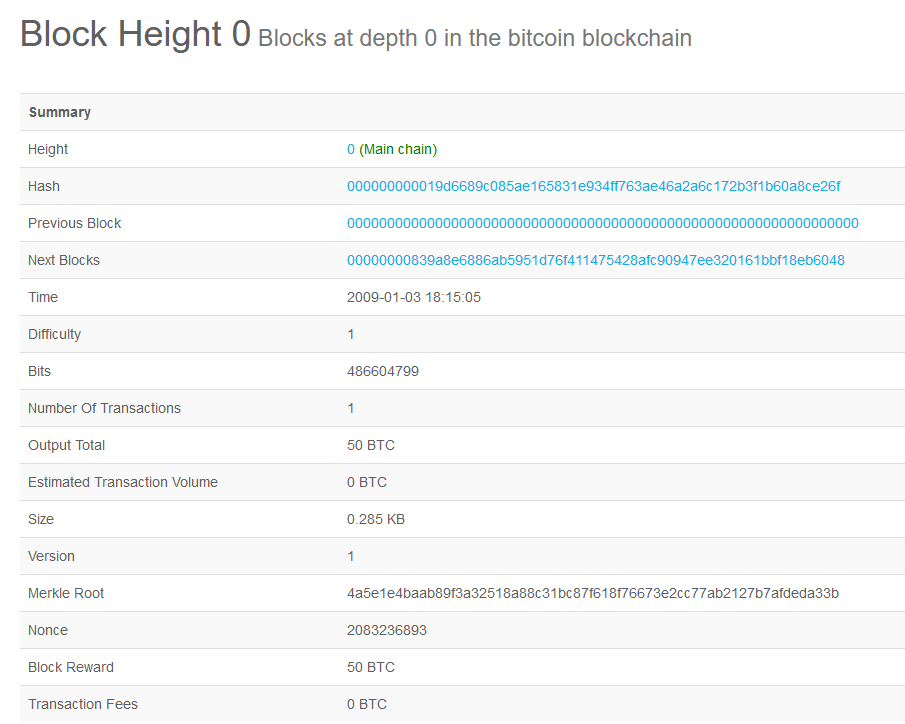 The very first block is called genesis block which is created at the dawn of Bitcoin. From the creation of genesis block; every 10 minutes a new block is being added to the Bitcoin blockchain. The rate at which blocks are created may be more or less than 10 minutes and it depends on several factors. But the process in which the new blocks are created and linked together to the chain is never ending. It means there is no maximum number of blocks in blockchain. Even after all the coins have been mined and as long as people trade Bitcoin; the miners keep building up blocks at a fairly regular intervals. So now what is block height? 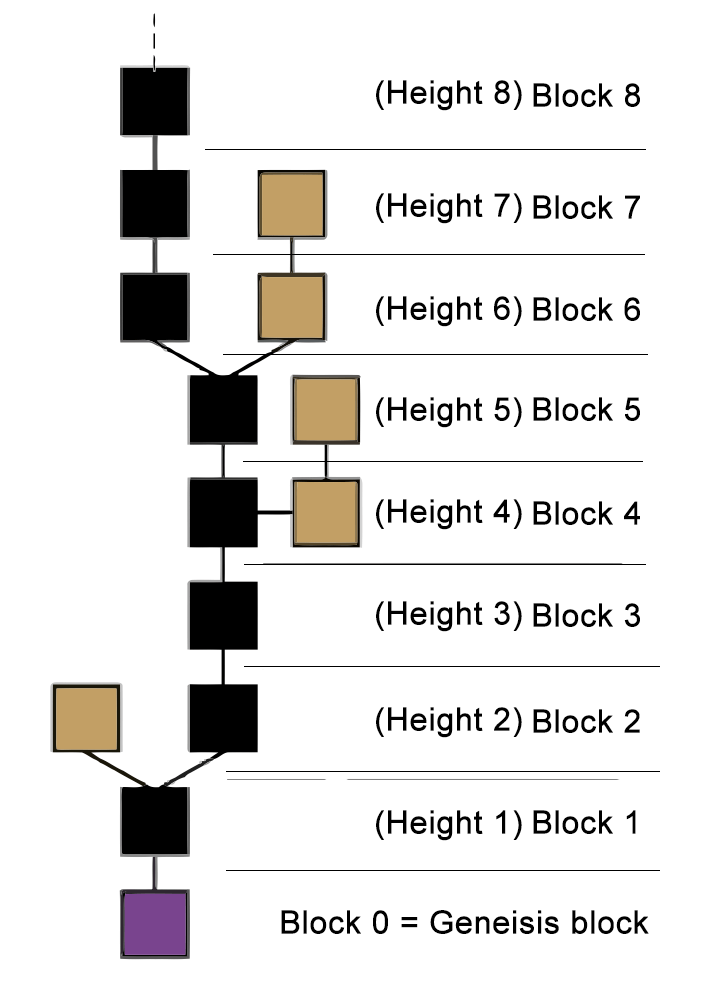 As shown in the image above; blocks in blockchain are counted sequentially. Also multiple blocks can have same block height which can occur as a result of fork in the network and these are also known as stale blocks. The height indicates the location of a block in the blockchain and the highest block is the most recent block and it is the total height of the blockchain.

For example at the time of writing this article Bitcoin is roughly at Block #545,125. It means there are 545125 blocks preceding this block. Whereas the block height of genesis block (the very first block) is zero because there are no blocks preceding it.

So what is the use of this block height and what does it represent?

When block height is used?

Block height is a good representation of time. It is used to measure the maturity and distance of the blockchain network. For example the block height of Bitcoin is #545,125 and its block time is roughly 10 minutes. Now to calculate how long Bitcoin is approximately been around just multiply block height by block time. Also by estimating block height and block time is how developers announce the approximate date and time in which the network upgrade is going to take place.

This block height is not something recorded in the block. Only the nodes across the network keeps track of this number. However each blocks in blockchain contains time stamp to ensure the integrity of the blockchain. To know when a transaction took place just look at the block height in which the transaction existed. It will show you time stamp and other information related to that transaction. Additionally you can refer to block heights to ensure if a transaction is completely secured or it has got less number confirmations. To know more about this read about Bitcoin block confirmations.