Home / Knowledge Base / What is Bitcoin Reorg? Is it really possible to reorg Bitcoin blockchain?

Binance, a leading cryptocurrency exchange has recently suffered a large scale security breach which resulted in a loss of 7000 Bitcoin. At current price its around 43 Million USD. Not sure whether if it is really got hacked or not; which is another story. But anyways Binance said that none of the users are affected by this incident and they’ll use the SAFU (Secure Asset Fund for Users) fund to cover the loss. Currently both deposits and withdrawals are frozen but trading is active. 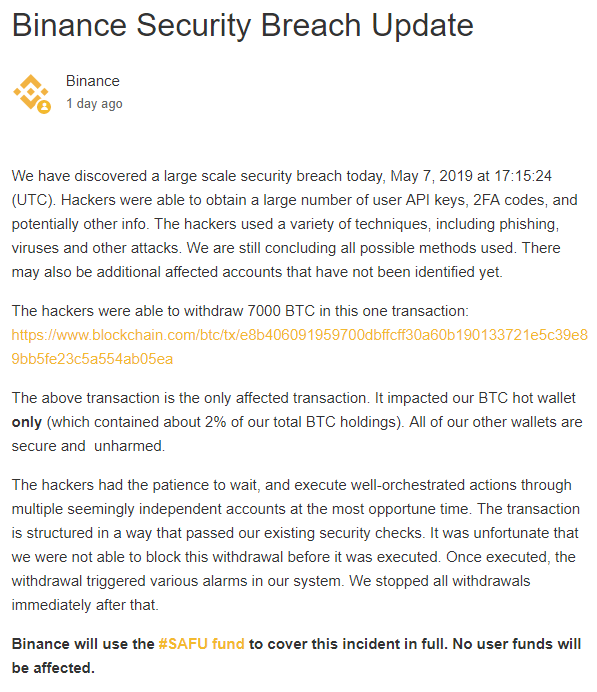 Well you know this whole story and we too have covered about the Binance hack. But what’s more interesting than the actual hack is the Bitcoin Reorg idea which was suggested to recover the stolen funds from Binance.

Yes, Bitcoin chain-reorganization where the plan is to do a rollback on Bitcoin network. One of the prominent actor in the industry considering a rollback on a decentralized immutable ledger sounded extremely alarming and it concerned many users. This later became a heated debate and many users even started questioning Bitcoin’s security model. So who proposed the reorg idea first, what it means actually and is it really possible to revise Bitcoin blockchain?

Reorging Bitcoin – How it all began?

The idea came up a few hours after the hack occurred and it was originally suggested by the developer “Jeremy Rubin” who is one of the core developers of  Bitcoin and also worked on Stellar.

The tweet to the founder of Binance said that they could coordinate a reorg to undo the hack totally in a decentralized way.

You can even sign batches of txns with the old utxos paying miners with different locktimes to make it a permanent reward to unwind this hack.

Cheaper than losing all 7000

But the topic turned out hotter when CZ Binance (founder of Binance) tweeted about this stating “After discussing with various parties including “Jeremy Rubin” – One of the Bitcoin developer, “Jihan Wu” – Co founder of Bitmain (ASIC manufacturer) and few others they decided not to reorg Bitcoin network. The reason being cons outweigh the pros.

After speaking with various parties, including @JeremyRubin, @_prestwich, @bcmakes, @hasufl, @JihanWu and others, we decided NOT to pursue the re-org approach. Considerations being: 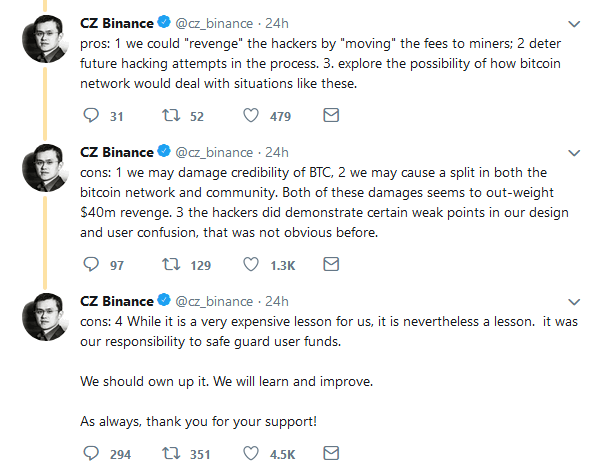 The tweet stated that they could have revenged the hackers by reorging BTC network and moving the fees to the miners. The process could even deter future hacking attempts and additionally explore the possibility of how Bitcoin network can deal with such situations. But CZ Binance said that they’ve chose not to do this because it may have a negative impact / consequences on the Bitcoin network.

1. We may damage credibility of Bitcoin and 2. We may cause a split in both the Bitcoin network and the community. Both the damage seemed to outweigh the $40 million hack.

Not just that but this could have made the entire day’s worth of user transactions invalid which is another big damage to the Bitcoins credibility.

But wait!? A couple of guys coming together and deciding about rewriting the Bitcoin ledger. How decentralized is that? Can they really undo Bitcoin transactions? But first what do they mean by reorg?

If you are new to Bitcoin then it takes some time and research to understand what all this is about and how it works. First of all there is not going to be any reorg and there have never been any changes made to the Bitcoin transaction history in the 10 years of its operation.

Bitcoin is completely decentralized and nobody has the power to change the Bitcoin rules. The developers of Bitcoin only have the ability to publish the code on GitHub. Its open source and anybody can publish any code they want. Being a decentralized network every one can be part of the system. Even you can go ahead and change the Bitcoin block time, block reward or even increase the total supply. But nobody is going to accept it.

Nobody; even the developers has the power to change things that requires consensus. By consensus we mean you, me and people who runs Bitcoin software. More specifically the miners operating the network. Only by achieving enough consensus one could change rules or develop something new on top of Bitcoin protocol. For example SegWit and Lightning network.

So here the idea is to influence the miners and reaching enough consensus. By achieving enough consensus they could reverse the transaction of the hack. Well if it was successful then it would have demolished two main pillars and primary value proposition of Bitcoin: decentralization and immutability.

But anyways that’s not how Bitcoin works.

Alright! But, is it really possible to attack the Bitcoin blockchain and reverse the transactions?

Is it possible to rewrite (Re-org) Bitcoin blockchain?

By reorg (block re-organization) what they actually meant is double spend attack which is also known as a 51% attack. 51% attack is nothing but when a single user or a group of entity owns more than 51% of the network hashrate and uses the power to double-spend coins or alter the ledger. With more power the attacker could halt payments, prevent new transactions and they can also reverse transactions that has certain block confirmations. All of this will usually lead to chain split and remember that in Bitcoin the longest chain is the valid chain.

This 51% attack is not new and it can be both good and bad for the network depending on the circumstance. In this case it’s about fighting the hacker who stole 7000 Bitcoins from a centralized exchange.

51% attack is basically possible on all Proof of Work coins (including Bitcoin) but the real question is; is it feasible? 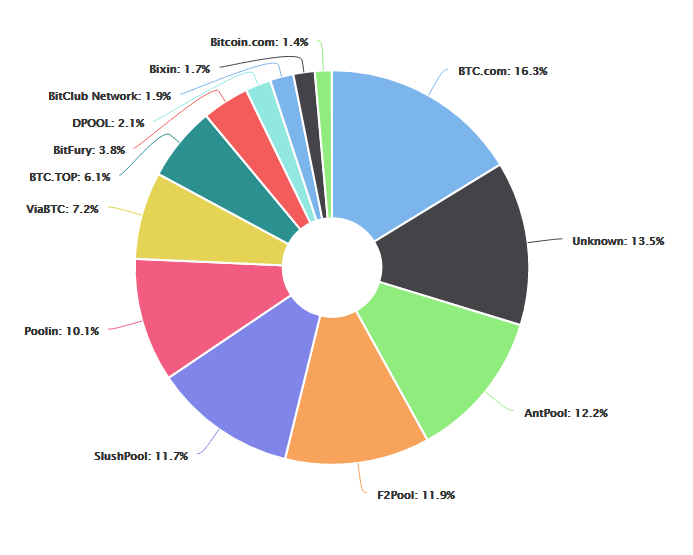 But here is the thing; the whole system runs on incentives. Doing a reorg just for the sake of one centralized exchange will hurt the trust on Bitcoins immutability. This could significantly crash the price of Bitcoin to the point it would no longer be profitable for miners or anyone around. The whole credibility will be lost and most miners will not centralize together just for this reason.

So in order to take over the Bitcoin blockchain to cancel transactions and recover the stolen funds the only solution for Binance is to convince the miners who are solely responsible for the network operation. Binance needs to sufficiently incentivize and It’s like basically bribing the miners to reorganize part of the Bitcoin’s transaction history.

Consider the fact that Bitcoin rewards 12.5 BTC to miners for adding new block. Deleting past blocks means missing both the block rewards and the transaction fees. In addition to that every 10 minutes a new block is created on the Bitcoin network. So the cost of reorganizing blocks grows rapidly and it also depends on how many mining pools are willing to take the risk.

Do you think Binance can do this? Vast majority of miners do not support for reorg. So in reality spending on blockchain roll back will actually cost them more than the hack itself. Even CZ later realized that this is completely impossible.

To put this to bed, it’s not possible, bitcoin ledger is the most immutable ledger on the planet. Done. https://t.co/rKLBCEZmgp

Just few moments after the original tweet another prominent Bitcoin developer “Jimmy Song” made a tweet calculating the opportunity and cost involved to reorganize the blockchain.

1/ Back of the envelope math for doing a 58 block reorg (current confirmations for the tx that took money from binance):

Followed by that many community members came up with their own thought experiment on Binance’s blockchain reorganization.

There’s a bit of superficial discussion happening (mostly dismissal) of CZ of binance’s exploration of reorganizing the blockchain to reverse binance’s recent hack. Here’s why such a rollback is plausible in a future case (whether we want it to be plausible or not.)

1/ Waking up to see that @cz_binance suggested rolling bitcoin back (in the next few days lol!!) to recover his lost funds.

He now wants to put this bad idea to sleep, but I won’t. Here’s a thread. Read it, because it’s *your* job to defend bitcoin from this crap pic.twitter.com/KHjfw2kjXx

Here is another one

If you’re handwringing about whether or not it would be ‘acceptable’ for Binance to create a massive double-spend transaction to get their funds back from the hack via massive reorg, then you’ve forgotten how this *permissionless*, *amoral* network called #bitcoin operates. /1

Has the reorg happened ever before in the history of Bitcoin?

No. There have been many bigger hacks in the crypto history and Binance’s $41 Million hack is considered to be the sixth largest exchange hack. Bitcoin reorg is just not happening and it was never considered as an option in the past. 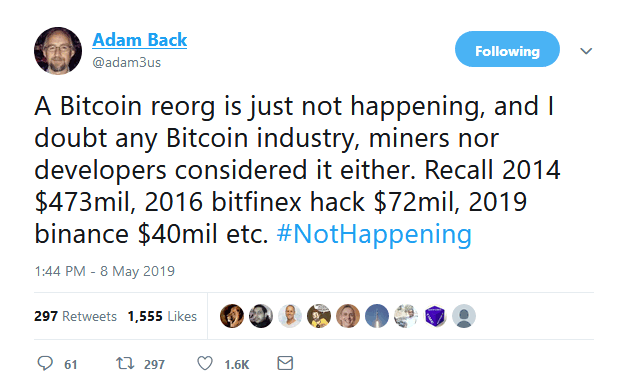 Adam Black (Hashcash inventor and CEO of Blockstream) said that Binance hack is not as severe as previous hack referencing to Mt. Gox and Bitfinex hacks.

If Binance caught this early on they could have prevented the hack. Even more if they’ve monitored the Bitcoin mempool for unusually large transaction signed with their hot wallet they could’ve undone the hack easily by immediately signing another transaction with a high enough fee. Whatever, 40 Million worth of BTC is gone and it may not be a big deal for them since Binance have made $450 million profits in 2018 alone.

Anyways the Bitcoin Reorg was a bad decision and everyone knows that it is realistically not possible.

true that too, that’s what Jihan advised/educated me on too. I trust his advice.

With that said; freedom of thought is not a crime and under all circumstances “Changpeng Zhao” (Founder of Binance) stayed transparent and was open to all public discussions which is what matters most in this space.

Currently CZ and his team started focusing on improving the security of their exchange and soon we can expected them to be back on track.

So will any of this affect BTC price?

Nah. Actually the price of Bitcoin broke through 6000 USD and the march continues.

Bitcoin is decentralized, distributed, secure and it is the most immutable ledger on the planet.

But here is one fun fact: Unlike Bank robbery; In Bitcoin You can witness the $41 Million stolen funds move in real-time. Plus the fees paid to move this huge amount is only $68. 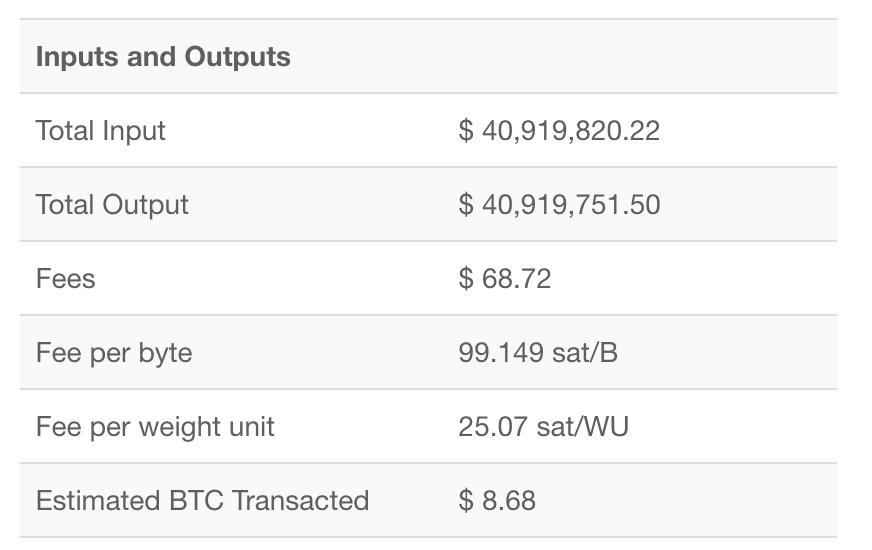 It shows the Bitcoin true utility as a value transfer mechanism. 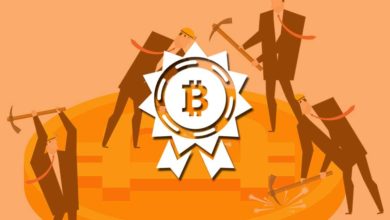 What are Block Rewards? How Bitcoin mining block rewards work?

What is Spec Mining? All you need to know about speculative mining