Home / Knowledge Base / What is XBT and how it relates to Bitcoin? Difference between BTC & XBT

There is no doubt that Bitcoin enthusiasts and cryptocurrency traders prefer BTC as a symbol of Bitcoin. But do you know that there is another symbol for Bitcoin called XBT? Have you ever stumbled upon XBT while looking for Bitcoin price online? Coinbase, a popular digital currency exchange; CoinMarketCap, a cryptocurrency research and data website displays the BTC ticker. Also many other online portals and exchanges specify Bitcoin as BTC. On the other hand; XE, a popular foreign exchange; Bloomberg, a popular financial data and media company uses XBT to symbolize Bitcoin. Not just them but even some popular cryptocurrency trading websites like Kraken and BitMEX are using the term XBT to denote Bitcoin.

This is not something new. Since the early days of Bitcoin both the symbols XBT and BTC were used interchangeably to refer Bitcoin. Beginners often had a confusion over the two ticker symbols. Some assumed that XBT refers to another coin called Bitcoin XT which is a fork of Bitcoin core. In some worst case there are people who even got scammed because of these two confusing tickers. So first of all to clarify your doubt; both the tickers BTC and XBT are not different. Both are symbols of Bitcoin and they are not two different cryptocurrencies.

Alright! But why we need two symbols for one coin and what is the difference between them? Also what is the story behind the two acronyms BTC and XBT? Which one is the official ticker and which symbol is largely preferred by the community? Here in this post we’ll explain everything that you should know about the two Bitcoin symbols: BTC vs XBT.

Each cryptocurrencies has its own abbreviated symbol. Bitcoin has BTC, Ethereum ticker is ETH, short form of Ripple is XRP, Litecoin ticker is LTC, Monero uses XMR and so on. For almost any cryptocurrencies you can find this ticker symbol. This symbol in most cases does not change and is same across every cryptocurrency exchanges. Okay, But who sets these abbreviations?

In the case of stock; the abbreviation is mostly selected by the associated company. Before a company issues securities to the public; a ticker symbol is set to identify those securities. Its most commonly an abbreviation of the company name and the ticker symbol easily translates to its name. But how about cryptocurrencies? Who sets these tickers, Is it the developers? 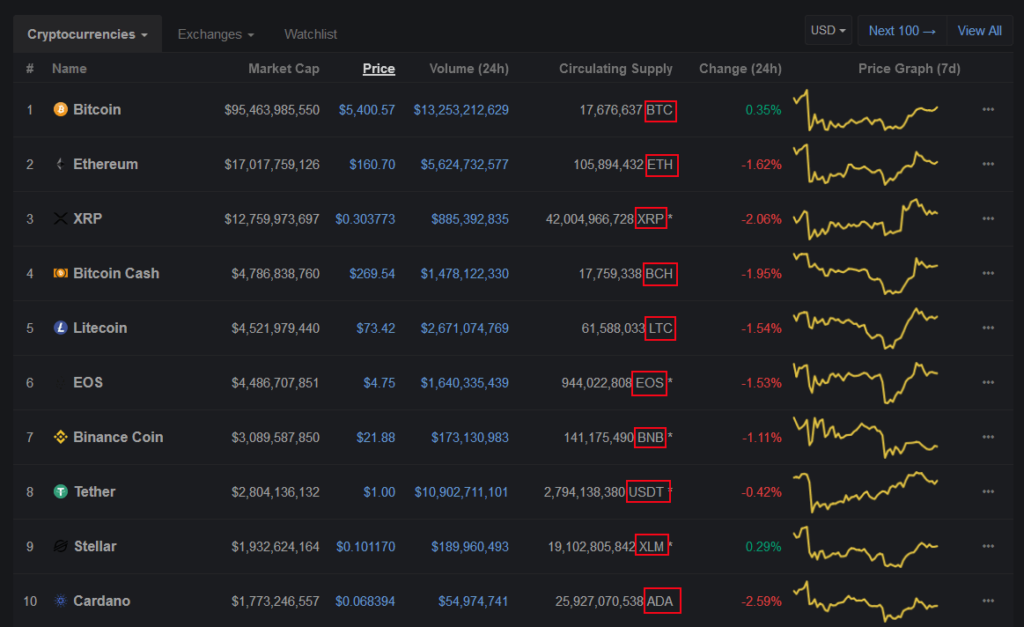 Yes, In most cryptocurrencies it’s actually the developers that decides this. All they ensure is the ticker perfectly symbolizes their cryptocurrency and that doesn’t coincides with other coins or tokens. But in case of Bitcoin the story is different.

Bitcoin is the first decentralized cryptocurrency created by a pseudonym, Satoshi Nakamoto. There is no governing body controls this currency. Nobody can decide on the rules, or what the name should be or how it should sound. Well the creator, Satoshi Nakamoto could have decided this; but even he did not specify any abbreviation nor can be found in the Bitcoin whitepaper. Since there is no naming standards or governing authority to make rules; Bitcoin is called by two different acronyms such as BTC and XBT. So what is the history behind both the abbreviated names?

Initially BC was the original acronym given to Bitcoin. But later exchanges started using this three letter BTC to denote Bitcoin. Even though BTC is not an official abbreviation this three digit letter later became widely used by the Bitcoin community. Nobody registered BTC and in fact this ticker is not even protected under copyright law. However everyone perfectly understands that BTC denotes to Bitcoin. BTC made perfect sense as the acronym easily translated to the name Bitcoin and moreover it seemed like an ISO code of a currency (USD, EUR, AUD, GBP, RUB, CNY). Whatever! But who created XBT and how it relates to Bitcoin?

BTC was the only symbol used to refer Bitcoin. It seemed logical and no questions were raised regarding another variant of ticker until Bitcoin hit the mainstream. As Bitcoin popularity started growing the need for currency code caught on. Even though the three letter BTC is like an ISO code of a currency it didn’t actually follow the ISO 4217 standards.

ISO 4217 standard and the use of acronym XBT

According to ISO 4217 standards there are certain rules that defines the codes of both national currencies and supranational assets like Gold, Silver, Platinum. According to them the first 2 letters of the three-digit code should be the country code and the last letter should denote the initial letter of the national currency.

Likewise currencies that are not backed by government should start with the letter X, followed by the currency code or the element’s chemical symbol.

In Bitcoin the problem with the existing code BTC is that it conflicts with Bhutan’s currency (Bhutanese Ngultrum) which is BTN. Even though it doesn’t fully conflicts the first two letters of Bitcoin code (BTC) coincides with Bhutan’s (BT). Also since Bitcoin being a non sovereign money the ISO set the currency abbreviation of Bitcoin to XBT where X denotes super currency and the BT refers to Bitcoin.

Since Bitcoin is not a national currency or is not in any way associated with a country like the way gold or silver is; we can pretty much understand why the symbol of Bitcoin starts with X. But why XBT and not XBC? If you take the name of the currency (Bit Coin) in to account then the obvious variant should be XBC. Right!? But here is the thing. XBC is already taken by the European Central Bank which refers to European Unit of Account. That leaves XBT the most suitable code for Bitcoin.

Difference between the two Bitcoin symbols

As we already said in the beginning of this article there is no difference between XBT and BTC. While the currency code differs they both refer to Bitcoin. The abbreviation XBT comes from the ISO (International Standards Organizations). Whereas BTC is the symbol which got naturally picked up by the community. Do not get confused and do not mistake it for other crypto currencies. 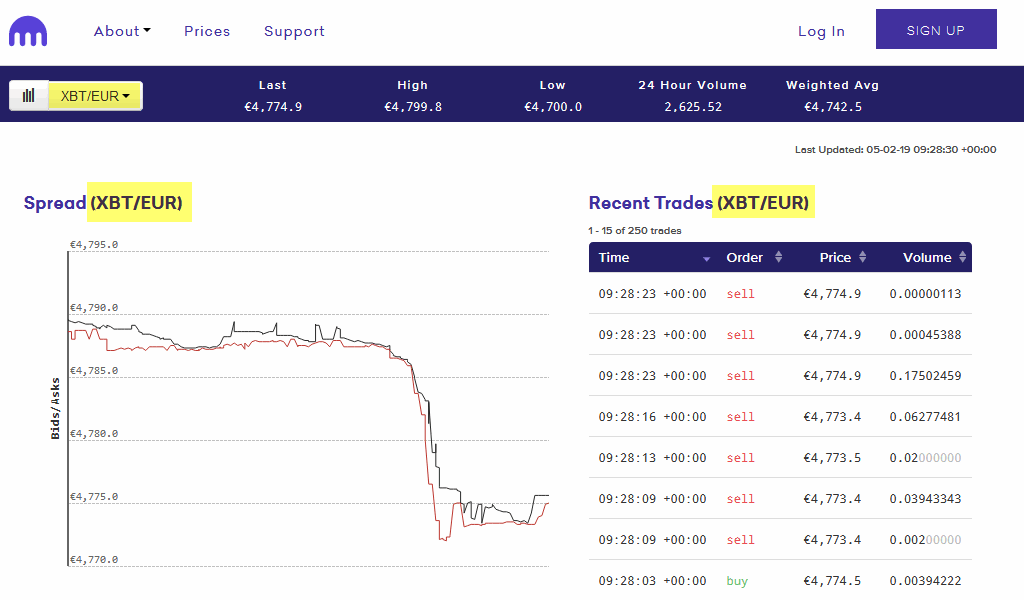 The reason why beginners tend to confuse them is because there are certain crypto exchanges that uses XBT for Bitcoin. Kraken become the first crypto exchange to use XBT as a ticker name for Bitcoin. Other than Kraken we know BitMEX using the acronym XBT. But that’s it. Apart from these 2; majority of exchanges are still using BTC. Okay, but which symbol is universally accepted and which among the two will be adopted more in the future?

As you can see in the above image; Satoshi proposed ticker has been used widely in the crypto space. BTC has been associated since the very beginning and this symbol is what commonly accepted from the early days of Bitcoin. Now XBT is not a new abbreviation for Bitcoin. It was proposed on 2013 and the reason for the alternative ticker name XBT is because BTC clashes with a national currency and it doesn’t comply ISO standards. However XBT is not yet officially recognized by the ISO.

We cannot say which one will be more adopted in the future but as of now, Bitcoin in the market is being called as both BTC and XBT. Moreover Bitcoin is a decentralized currency and so no authority or standards can force the use of acronym. Both BTC and XBT are interchangeable and both are here to stay.

BTC is for people and this is what the native Bitcoin community prefers. Whereas XBT is just a traditional finance setting and is being used by some financial institutions. Now the question is which one do you prefer? BTC or XBT?

Which ticker sounds better, and which Bitcoin symbol do you think will be used in the long term? Let us know in the comments below.

If you found this information helpful then kindly do share it to help others learn Bitcoin symbols.

Now that you know the origin of XBT here are few other articles that you may find interesting.

What is Satoshi and how many satoshi is one Bitcoin?

What are Bitcoin confirmations?

What is a Bitcoin Mempool and how it works?

What is block explorer and how to use them?

What is Spec Mining? All you need to know about speculative mining 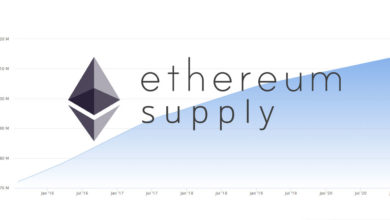