Ether (ETH), the currency of Ethereum network is divided into many denominations such as: Finney (Pwei), Szabo (Twei), Gwei, Mwei, Kwei and Wei.

You can use the following tool to convert Ether to Gwei or Gwei to ETH, Wei, Kwei, Mwei, Szabo, Finney, Kether, Mether, Gether and Tether.

Most of these units are negligible and majority of Ethereum users won’t bother any of these denominations other than wei, gwei and ether.

Wei is the smallest (base) unit of Ether and Gwei is the most commonly used unit. The gas prices in Ethereum are specified in Gwei.

This Ethereum unit converter will be helpful to know the total cost of your transaction fee in Ether (ETH), rather than Gwei.

What are Gwei and Wei in Ethereum? Ether Denominations

In Bitcoin the units are measured in satoshis. A Satoshi is one hundred millionth of a Bitcoin (0.00000001) and is the smallest unit in Bitcoin.

Likewise, Ether (ETH), the currency of the Ethereum network can also be broken into many denominations.

Wei – Wei is the smallest (base) unit of Ether. It’s like a Cent to USD and a Satoshi to BTC. It takes a great number of Wei to make an ETH; 10^18 wei, to be exact. It’s like a digital dust. 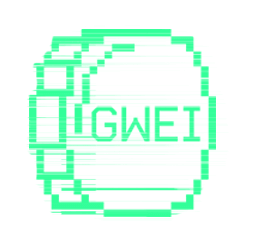 Gwei – Gwei is the most commonly used denomination of Ether. If you ever made a transaction on Ethereum blockchain then you might be familiar with the concept of Gas (Ethereum network transaction fees). The gas price is typically denominated in GWEI.

Gwei in short is Giga-Wei and is also called as Nano-ether, Shannon or simply Nano.

One ETH is equal to One Thousand Finney, One Million Szabo and One Billion Gwei.

The names such as Shannon (Claude Shannon), Szabo (Nick Szabo), Finney are just nicknames of each Ether denominations. Developers of Ethereum gave such names to honor famous personalities who made a significant contribution to cryptography and cryptocurrency.

It’s just like how $100 bill features Benjamin Franklin and $5 features an image of Abraham Lincoln.

Other names given to units of Ether are Charles Babbage for (KWEI), Ada Lovelace for (MWEI) and Einstein for (KEther).

The table below displays the typical denominations of Ether.

Found this conversion table and tool useful? Then please support us by sharing this page.